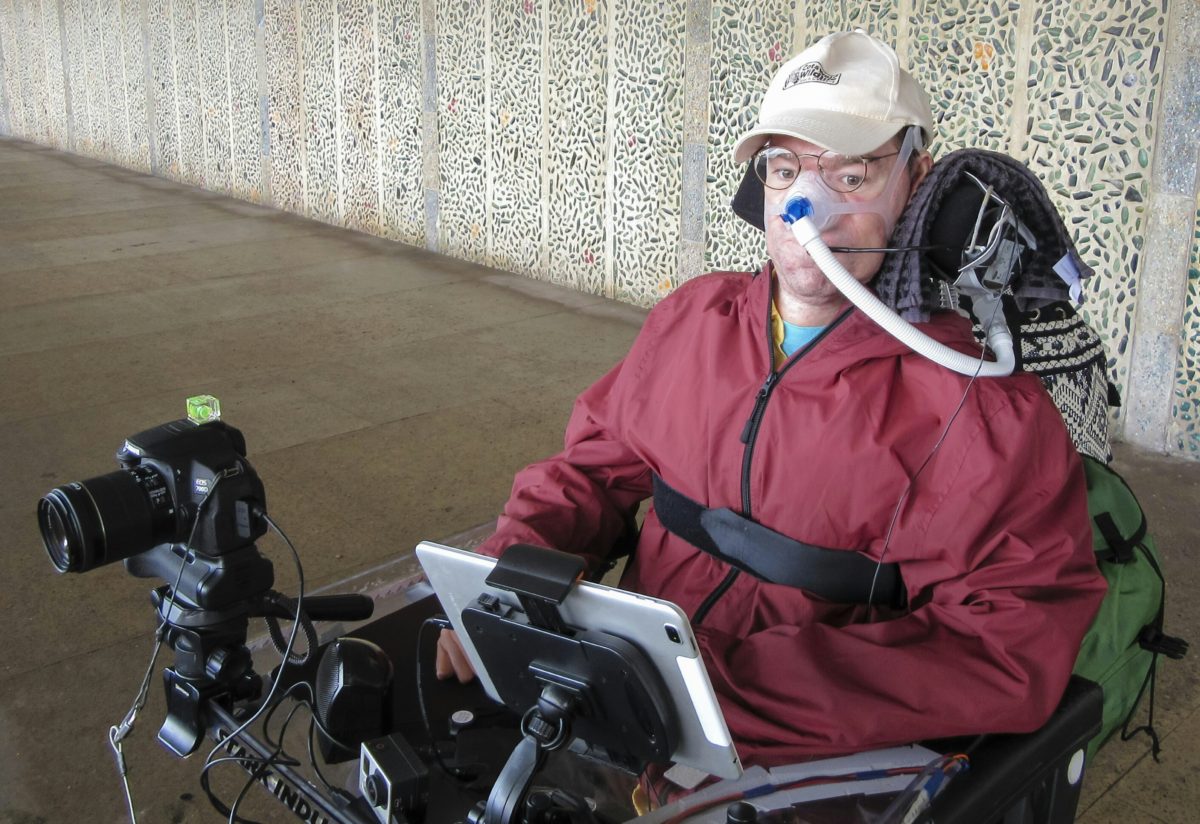 Daniel Baker is a first-time actor who landed the role of a man with Duchenne muscular dystrophy, in the primetime BBC1 drama, Requiem. Most notably, Daniel himself has the condition.

Muscular Dystrophy UK contacted Daniel after the production team specifically set out to cast someone with the disability. He appears in the psychological thriller, alongside Brendan Coyle, best known as John Bates from Downton Abbey.

The newcomer, from Cheltenham, is one of the few men with Duchenne muscular dystrophy to reach his forties. Here, he talks openly about life with a muscle-wasting condition, tells all about his debut acting experience, and shares his views on able-bodied actors portraying disabled characters.

1. Could you please tell us a little about yourself and your disability?

I am a 43 year-old man with Duchenne muscular dystrophy. I had a fairly normal childhood until the final years of primary school, when I could no longer walk and had to start using a wheelchair. I attended mainstream schools, followed by university. After university my condition worsened and I was given a ventilator to help me breathe. Due to this and some medication which caused negative side effects such as panic attacks, I ended up being bed-bound for nearly ten years. However, I eventually managed to control my anxiety. Then, after raising the funds for a new powered wheelchair, I faced the outside world again.

Duchenne is a condition where muscles get progressively weaker over time. We usually end up in a wheelchair by our early teens and require ventilation in our twenties. Although things have progressed medically, life expectancy is still in the 20’s. Some of us are living far longer than this, but sadly it’s still rare.

I try to live as normal a life as possible, and although there are always going to be limitations, I push myself and use technology to find ways around them. I manage to get out most days to either explore my hobby of photography or just walk my dogs. The dogs have their leads attached to my wheelchair so I can actually walk them myself. I still need someone with a pooper-scooper following me though as I can’t reach to do that job!

2. You achieved a BSc(Hons) in Applied Physics from Oxford Brookes University. How was your university experience in terms of inclusivity and disability awareness?

I attended university and got a government grant to pay for everything. I also received another grant called the Snowdon Award, which paid for travelling and a carer to help me. Nowadays things look much harder for anyone wanting to attend university and I doubt I would have been able to afford it myself.

I decided to commute each day as living on campus and finding accessible accommodation would have been very difficult for me. The journey varied between an hour and two hours each way, and though this was very tiring, it gave me chance to read text books and revise while in the car.

One consequence of not living closer was that I missed out on the social aspect of university life. I wasn’t overly bothered at the time as I’ve always liked my own company and was really there just to learn. But now when I look back, I think more socialising may have done me good.

The university itself was fairly accessible. There was one lift that was tiny and would break down on occasion, necessitating me being carried down stairs in my wheelchair- not a pleasant experience!

As I studied physics, I did need help performing the experiments, though luckily most lab work was done in groups so it wasn’t a big issue. The staff were always helpful and treated me like any other student. I can’t really complain about the inclusiveness and accessibility at all. Yes, some things could have been better, like having more accessible toilets. But overall it was a good experience and I’m grateful to have had that opportunity.

3. You recently featured in 2 episodes of Requiem (congratulations!) How was this experience and what challenges did you face as a disabled actor?

Appearing in Requiem was an amazing experience! I had never acted in any fashion before, other than primary school plays where I usually hid in the background. So the whole experience was something new to me and pushed my boundaries – something I try to do as much as possible these days.

I think the casting process was likely a lot easier due to my disability. They were looking for someone with my specific condition and there aren’t that many of us around. I sent a few headshots and pictures of myself, then chatted with the production team over email. I was offered the part within a couple of days.

As for difficulties, I think they probably aren’t the things people would expect or think about. As soon as the offer of a role came up, I had to check that my personal assistant would be available and flexible to take me. I had to think about transport and did some research to find which trains had the best accessible carriages without any changes. I even did a test run the week before filming just to make sure everything would go smoothly. I had long chats with the production team to ensure the correct equipment, like a portable hoist, would be available on the day. They were very thorough and wanted to make sure I was safe and comfortable. This is something most actors wouldn’t need to even think or worry about.

I was extremely lucky to be working with a great team on Requiem. They ensured I had my own room on set, organised taxis and sent a runner to meet me at the train station. They also had a medic check my needs on set in case of emergency, and made sure the set itself was accessible.

The day itself was perfect. Everyone (cast and crew) welcomed me into their family and I felt right at home. I didn’t feel nervous at all and the scenes were all shot in one take, which I think really impressed them. I felt just like any other actor – I was treated as one of the team and not “special”. 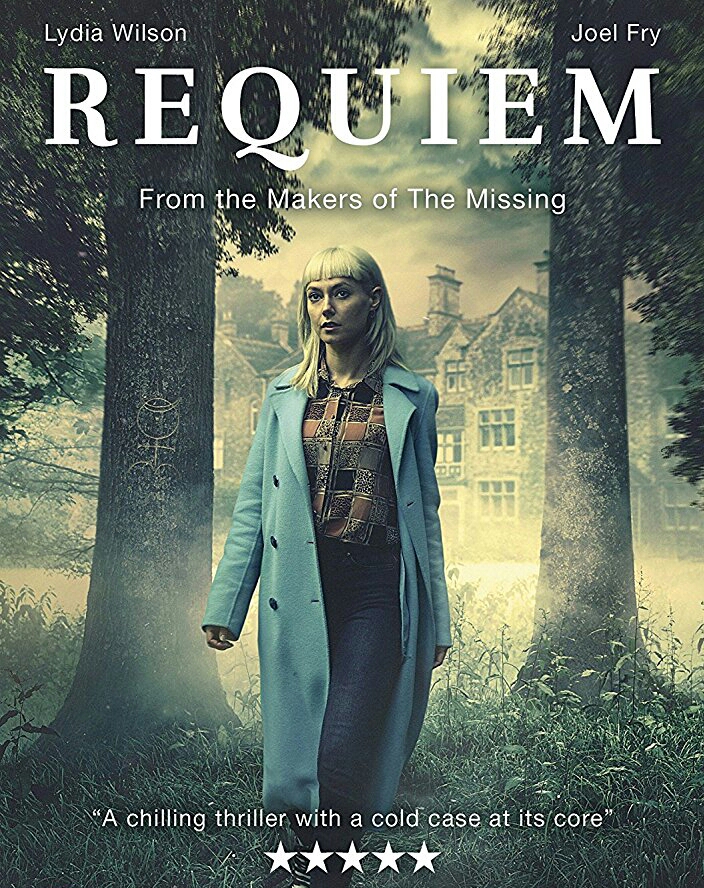 4. As a disabled actor yourself, how do you feel about able-bodied actors portraying disabled characters on stage and on screen?

I think it depends on context and certain circumstances. Sometimes it is probably necessary, especially when the condition being portrayed is progressive, and when a good actor who has done plenty of research plays the part it can work well.

In general though, I think disabled actors playing the parts of disabled characters is a lot more authentic and should be done as much as possible. We have skills and knowledge that could be invaluable to the production team.

There is also the aspect of showing disability to society so we are more accepted and understood. This can’t really be achieved unless the actor is disabled themselves. The more we (disabled people) are on screen and included in mainstream media the better.

5. What advice would you give to others like yourself, who are living with a muscle-wasting condition?

I would use the old cliché, ‘live every day to the fullest’, because you never know what is going to happen tomorrow. I take risks everyday. For example, if my ventilator stops working while out, I’m in big trouble!

But we need to just get on with life and not worry about every possible risk, otherwise we would be stuck inside doing nothing. This can and does lead to depression, which I have experienced myself.

Having said that, I do believe that people in a similar position as me should embrace and be proud of their internal strength and determination. Yes, we face an uncertain future, most without hope for a cure and declining health. But this gives us an advantage over able-bodied people – we are used to overcoming adversity and major obstacles in life.

Life with Duchenne muscular dystrophy isn’t easy! Maintaining happiness and finding enjoyment in things is an every day struggle. It can be incredibly frustrating too.

There are days I wish I could get myself up, washed and dressed. I would drive my van to the woods, venture to where it would be impossible for a wheelchair to go, and just be alone, listening to nature.

For people like me with a muscle-wasting condition, it isn’t a simple life. There are many things we won’t experience, so I would advise you make the most of what you can do and take advantage of every opportunity.

Some things I have done, like appearing on a primetime BBC drama, most ‘normal’ people will never get to experience.

Daniel features in episodes 4 and 6 of the BBC drama Requiem. The whole series can now be found on the BBC iPlayer. 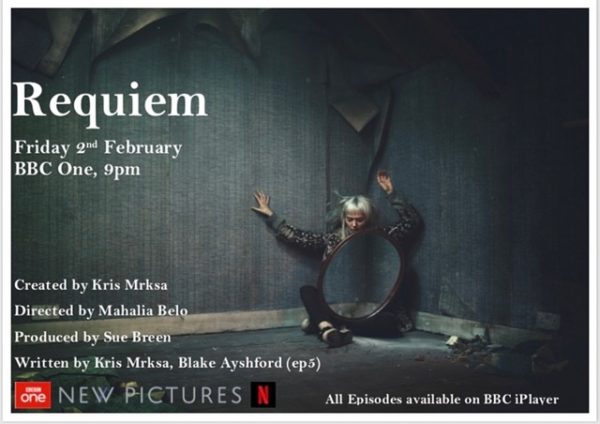 Daniel is also a trustee for the charity DMD Pathfinders. View his IMDB page here, and find out more from the man himself by visiting his personal blog.

I’d like to thank Daniel for taking the time to speak with me and answer my questions.