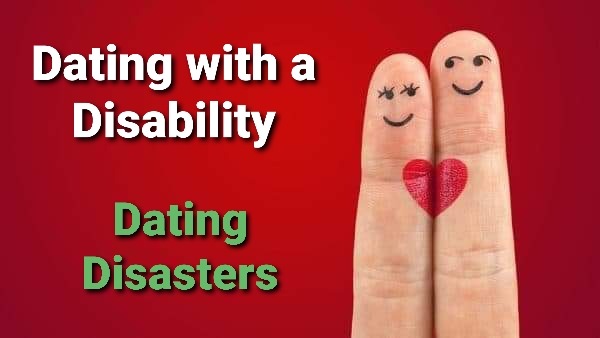 Following my last post, I was encouraged to write more on the subject of dating with a disability. Not that I’m much of a dater. I don’t do the apps (other than a brief stint on Hinge) or actively chat up blokes. If it happens, it happens.

A mate told me to share some dating disaster stories. I’m not sure there have been any disasters, as such. Rather, a few funny anecdotes.

One took place on a freezing cold day in January – not ideal. He wrapped his coat around me, which was quite sweet. He wouldn’t let me keep it (less sweet, methinks) but I did steal his hat!

Another date (if you can call it that) was with a 34 year-old guy from dating app, Hinge. Though stereotypically attractive – clean cut with washboard abs – he really wasn’t my type at all.

Still, I was encouraged to go for it, mainly because he’s older and, in theory, more mature. So, on a whim, after months of chatting on/off, I agreed to meetup.

This lead to possibly the most awkward and stale encounter I’ve ever experienced. I’m not sure if he was going for the brooding, ‘treat them mean, keep them keen’ thing, but it translated as pure arrogance. Plus, he had zero sense of humour and was somewhat full of shit.

He claimed to have dated Ellie Goulding and that one of her songs was written about him. Google disagrees!

The only thing he seemed interested in was his car (which, I may have inadvertently insulted. I amused myself, anyway), and getting a hotel room there and then.

Now, each to their own, but I’ve never been into meaningless one night stands. Plus, let’s be real for a second, I’m a girl. A “vulnerable” girl. So if a guy can’t appreciate why I don’t want to hook-up within 10 minutes of meeting, well, sod off mate!

Having said that, if Chris Pratt rocked up, I might make an exception.

So, in the end I told him I was off home for my tea (yes, I really said that).

I took the long route and nagged a mate on the phone on my way. As I rolled along the riverside in my chair, a little kid waved enthusiastically at me. That made me smile and was most definitely the highlight of my evening. Kids are so much easier than men!

Prior to this, I met up with a lad I went to school with. He’s a bit quirky with long, dark, wavy hair and piercing blue eyes – ding, ding, ding!!

Somehow, we got chatting after some 15 years, and I went to his place. There was no plan or agenda on my part. Yes, I fancied him but I’m terrible at the whole flirty, dating thing. So, although I hoped, I expected nothing.

Now, I’m completely non-ambulant and haven’t been up a flight of stairs in many years. So, despite worrying that I’d be dropped on the floor in a heap, I trusted him to carry me up to his room where he plonked me on his bed.

After a fair amount of kissing and rolling around, the boy got a bit excited and, well, released his manly juices over my lovely top! Mmm, crusty!

You may be surprised to learn this beautiful union developed no further. Shame, I did like him…