With less than a fortnight until All Hallows’ Eve, here I bring you a few book and movie suggestions to get you in the spirit (you see what I did there – spirit!? Oh, never mind…)

*To check out my top picks from last year, click here.*

IT: Chapter One is definitely my movie choice this Halloween. If you haven’t already seen it, why not check out a late night screening at your local cinema?

I went to see it with my two older brothers and I’ll be honest, I wasn’t expecting much from this remake based on the novel by Stephen King. But, in my opinion, it’s well made and the casting is spot on. There’s just the right mix of thrills, fright, gore and even humour.

I’m not a fan of horror films in general, simply because I’ve never found one that has scared me. I must say though, this one impressed me! 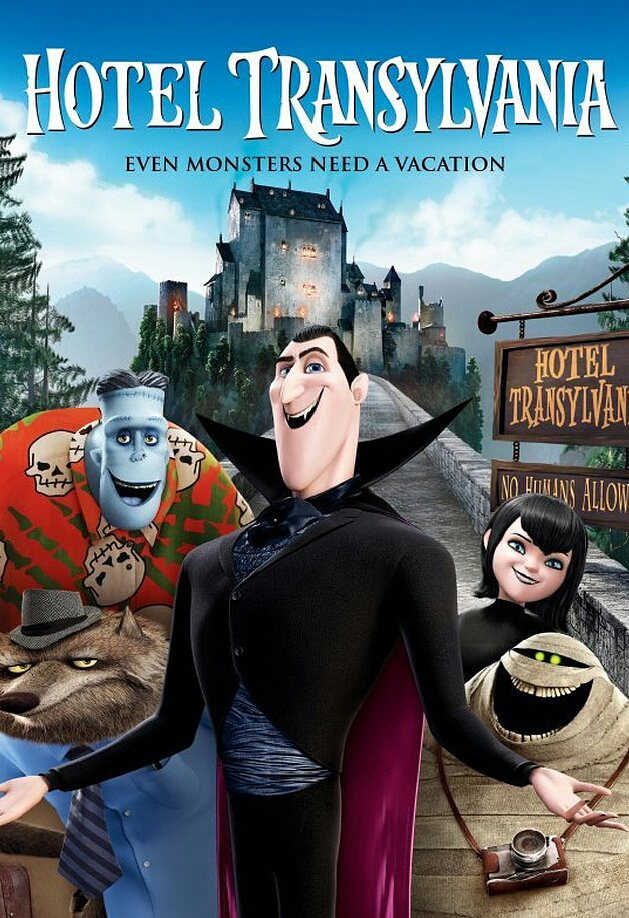 This animated fantasy film, along with it’s sequel, will entertain younger kids and grown-ups alike. Fast-paced and fun-filled, there’s plenty to keep a younger audience engaged, while quirky gags and more mature references will amuse adults.

Hotel Transylvania is essentially about family and the universal theme of a parent reluctantly letting go of their grown child.

Count Dracula, voiced by Adam Sandler, is throwing a 118th birthday party at his hotel, for daughter Mavis. The hotel is a place where monsters can gather and feel safe from the threat of humans, whom they fear. But, trouble starts when 21 year-old Jonathan (Andy Samberg) loses his way and finds himself at what he thinks is an extravagant fancy-dress party. Jonathan, a human, soon locks eyes with vampire Mavis – the only child of Count Dracula – and the pair fall in love.

The story is predictable, but it’s aimed at children and so this is to be expected. However, if you’re looking for a film to occupy the whole family this Halloween, I would recommend this one!

Following on from Hotel Transylvania, it seems appropriate that I select Dracula, written in 1897, as my top pick – though obviously this one is not for the kids!

A gothic horror, the novel is written in epistolary format (a series of documents) and tells the story of Dracula who travels from Transylvania to England in order to feast on fresh blood and spread the undead curse.

He boards a Russian ship, the Demeter, which reaches the northeast shores of Whitby, (where I recently visited).

While there, Dracula becomes obsessed with a young woman named Lucy and begins to stalk her. Lucy soon begins to waste away and is diagnosed with acute blood-loss, though Dr Abraham Van Helsing cannot understand how or why. Eventually Lucy dies, but not before Van Helsing identifies the puncture wounds on her neck. Failing to prevent her from converting into a vampire, he along with three other men, kills her by staking her heart and beheading her.

A team of vampire hunters, led by Van Helsing, then pursure Dracula himself, which leads them to London. In retaliation, Dracula places a curse on Mina, the wife of one of his pursuers.

Through hypnotising Mina, the group are able to track Dracula, who has returned to his castle in Transylvania…

The Signalman by Charles Dickens

If you’re looking for a quick read, this classic short story is the perfect choice. A haunting and spooky tale, it will stay with you long after reaching the shocking conclusion.

Written in 1866, it tells the tale of a railway signalman, troubled by phantom appearances and supernatural goings-on. Over two nights, the signalman meets with the narrator, whom he invites into his gloomy cabin to share his worries and premonitions.

At first reluctant to tell his story, the signalman soon confides that these ghostly visions precede tragic and fatal events on the line. The first being a collision of two trains in the dark tunnel involving many casualties. The second incident saw a young woman lose her life on a passing train.

Convinced these premonitions are all a figment of his imagination, the narrator urges the signalman to see a doctor. However, it may already be too late…

I hope you all enjoy Halloween, whatever you get up to!

If you enjoyed this post, please let me know in the comments below, and don’t forget to share ~ Thank you!