Let’s be honest, when we’re young, we’re all enticed by a pretty face or a good body. Attraction is primarily physical, and to put it bluntly, at 18, most of us would shag anything with a pulse – opportunity is everything.

I cringe when looking back at some of the guys I fancied and gave my attention to! What the bloody hell was I thinking?!

Each to their own, but I was never a one-night-stand type. And not because I’m a tiny, delicate woman in a wheelchair, and therefore more vulnerable. That didn’t even occur to me. Oh, the naivety of youth!

Much later, I reluctantly signed up to dating app Hinge, which lasted a total of two months.

I tried modern dating (eurgh!), which, in my limited experience, seemed to consist of shallow idiots and the phrases “you’re no one’s type”, “get in the car!” and, “let’s book a hotel room”.

Responding with a firm no, I was told to “fuck off then”.

There are some lovely people out there!

On reflection, it probably wasn’t the best idea to tell one bloke that his car was shit, but it made me laugh as I rolled home alone in my powered wheelchair.

Growing up, a friend of mine repeatedly told me, “you need a big strong guy to pick you up and throw you around”.

I can see where she was coming from, but even as a young teen, I always thought, why? Don’t I just want someone to care?

Eventually, I did date that guy – the gym guy. And yes, for the first few months it was great. It was fun, liberating, and as another friend once said, “he gave you a sense of independence and adventure”.  She was totally right.

In terms of practicality, it made life a hell of a lot easier for me, as a non-ambulatory wheelchair-user. For a fleeting moment, I thought that was what I wanted.

But, ultimately, I couldn’t rely on him and I felt very much like an option, a burden, and too much to take on due to my disability. He was physically incredibly strong, but mentally and emotionally very weak.

I didn’t realise it at the time, but at that stage, I was willing to accept the bare minimum – stupid girl!

The experience changed my outlook and, as cliché as it sounds, made me realise my worth.

You live, you learn, you move on.

As we get older, our perspective, values and priorities change.

These days, I can’t think of anything worse than attempting to flirt (awkwardly) with some Tinder clone. Quite frankly, I’d rather cuddle up at home, alone, with a nice cuppa tea!

At 33, my life certainly isn’t as I imagined or hoped for as a kid. Then again, with age comes the realisation that life rarely turns out as planned.

I’m no longer impressed by aesthetics. Trust me, a pretty face will only get you so far in life.

Above all, what I want is someone to care, unconditionally. Simple as that. 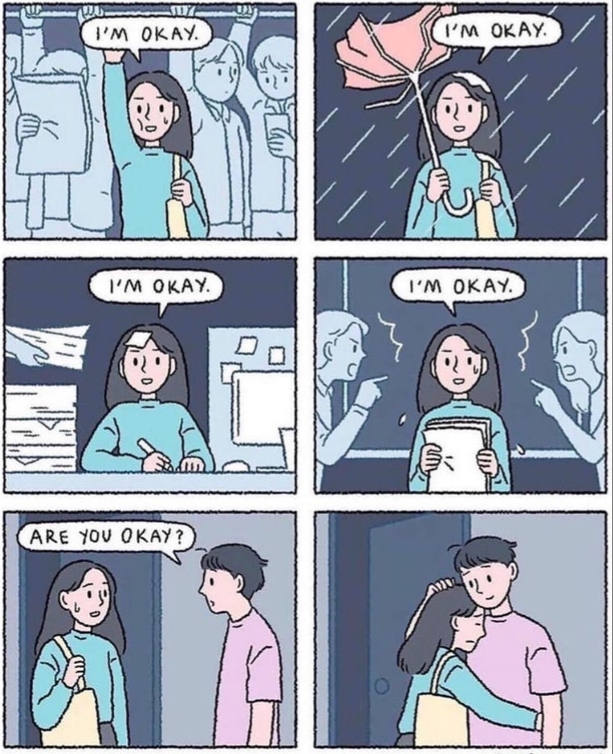 Don’t get me wrong, I cherish my alone time and independence, and I’m more than capable of caring for and supporting myself (mentally, anyway).

I’ve endured a fair amount of crap and spent over 90% of my life single. I’m certainly not the type to need a man.

I’m not interested in grand gestures, a lavish lifestyle, fancy house, or gym-bods!

Following a decent run of health, things took a dive in October, with one thing after another.

Covid hit me hard and put me out of action for a good 6 weeks, which meant another November birthday spent ill and alone.

I won’t lie, it wasn’t the best of times. But I do have the best parents who, despite being in their 60s, support and care for me, no questions asked. I don’t know where I’d be without them.

My dad – a man of few words, and the best man I ever did meet – wrote a really touching message in my birthday card, which had me in tears (it was a teary few months!). 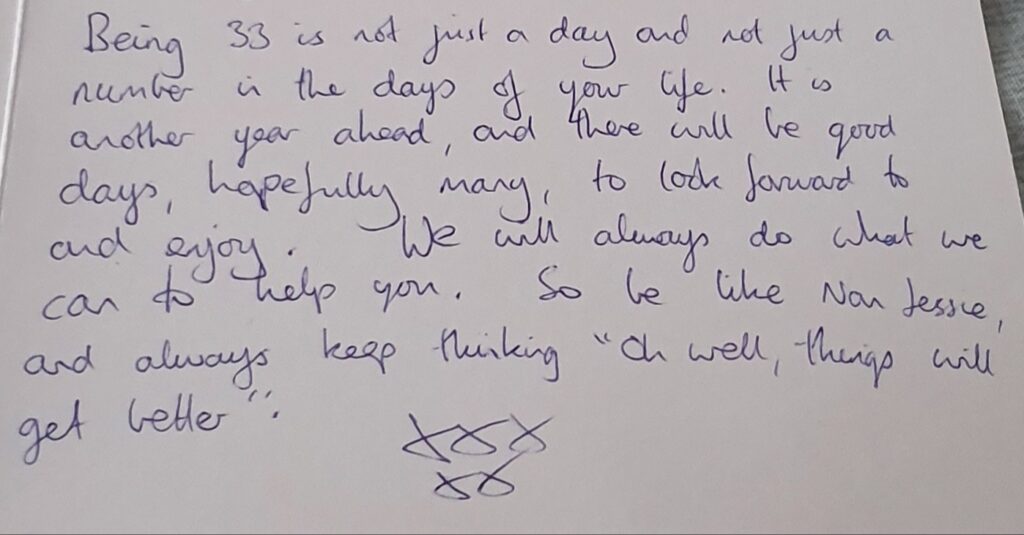 As the new year approached, I tried my best to pick myself up and get back to some kind of normal – whatever that means.

Gotta keep on keeping on, right!

Firstly, I dyed my hair from the usual blonde to brunette (wild, I know). 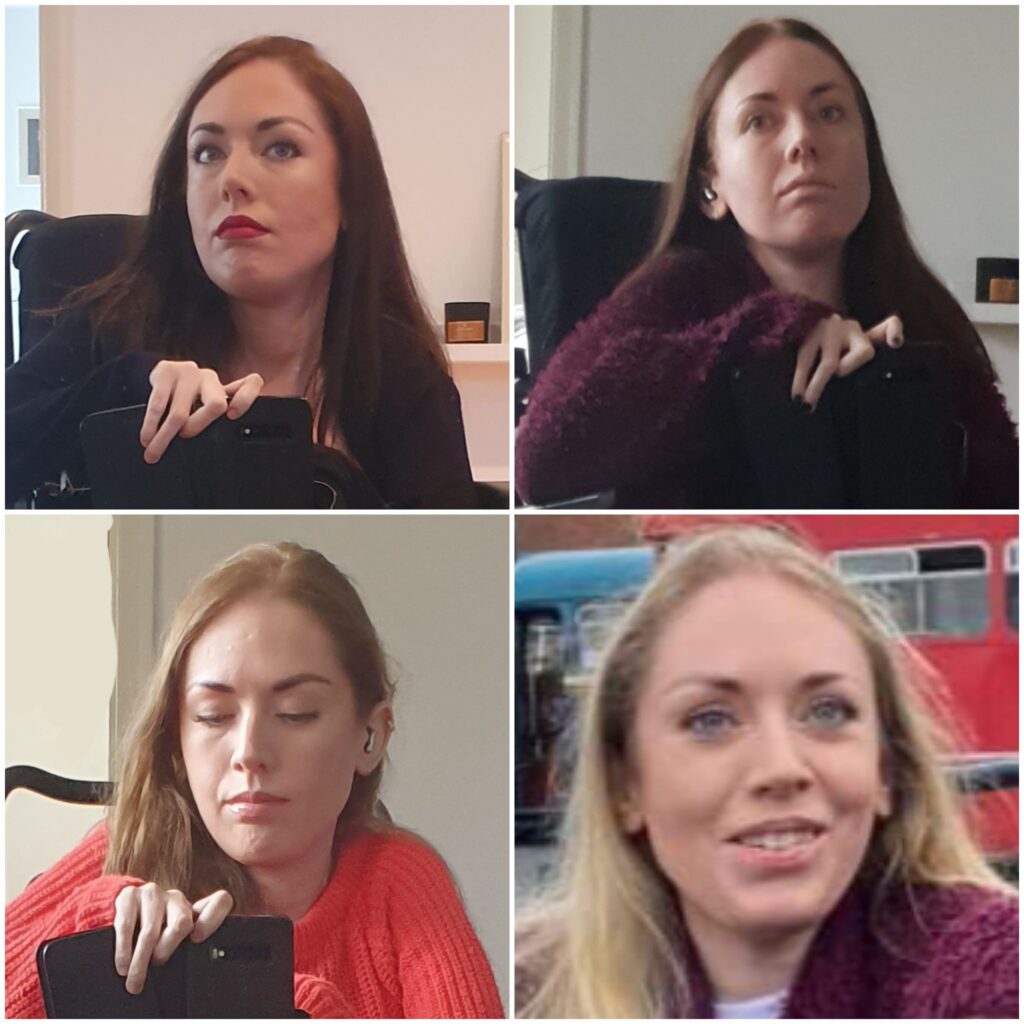 22nd Feb: The first face-to-face appointment with my muscular dystrophy consultant since 2019. 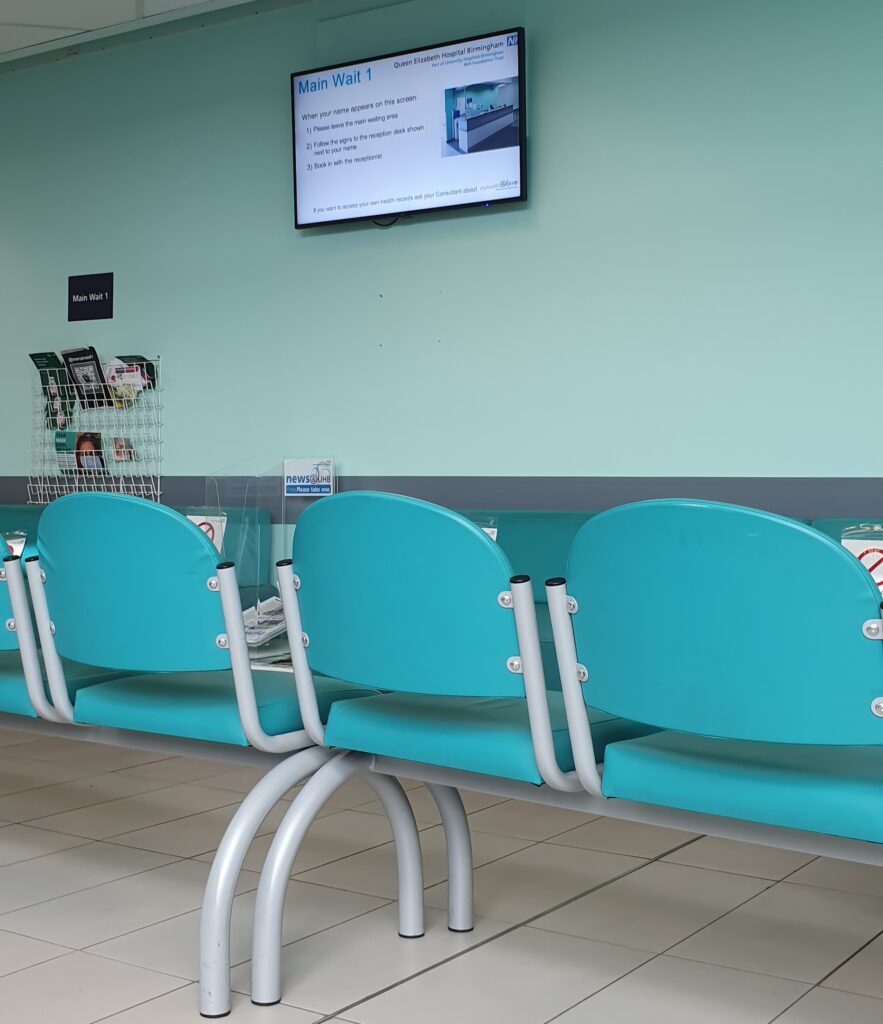 The highlight was buying a shit load of fruit and veg from the market stall on the way out – I know how to live! 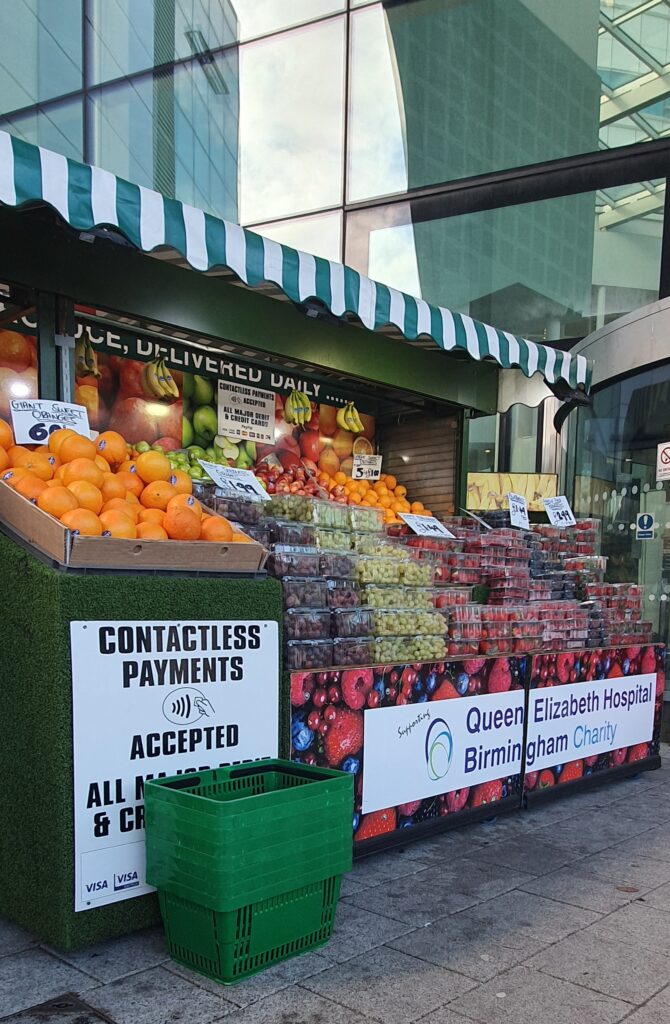 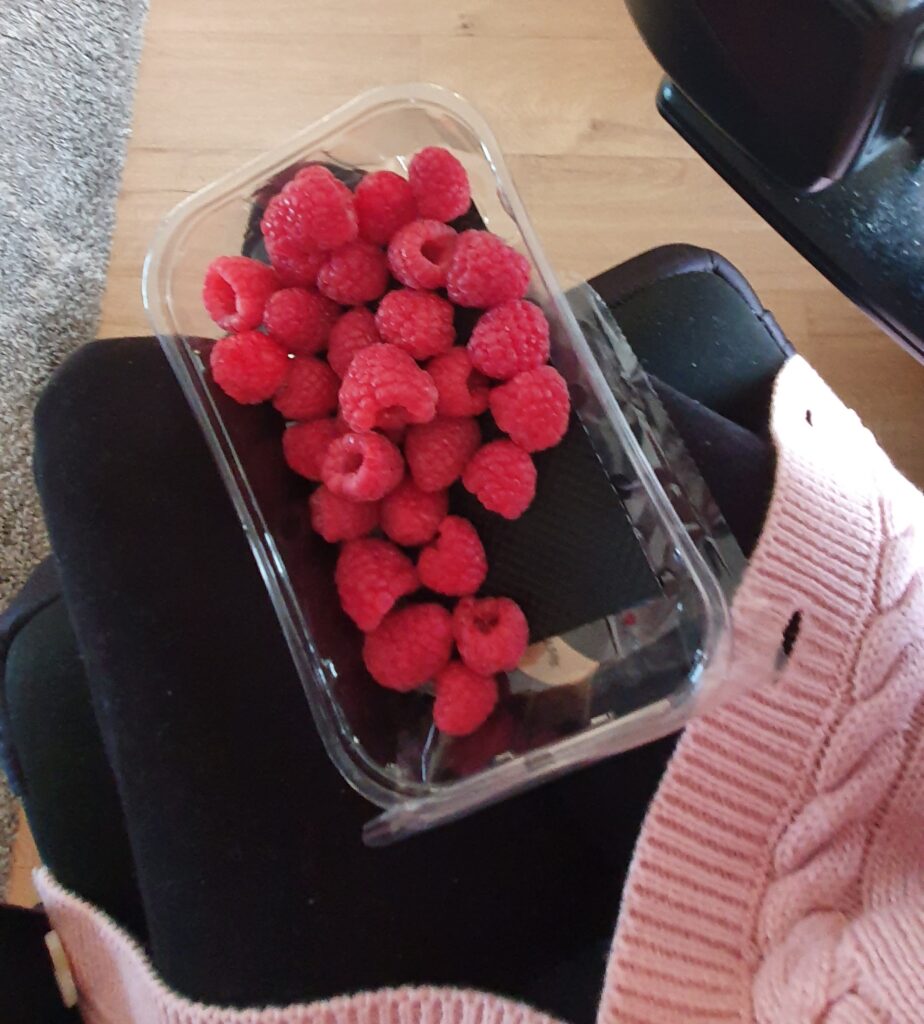 9th March: Beauty and the Beast at Birmingham Hippodrome.

The show was magical and this theatre is, by far, the best and most accessible I’ve visited.

It’s been a while since I roamed around Birmingham at 11pm – Such a rebel!

It’s a Sin – Set in London during the 80s AIDs epidemic, this 5-part miniseries has a great cast, a brilliant soundtrack (in my opinion), and the final episode is heartbreaking. 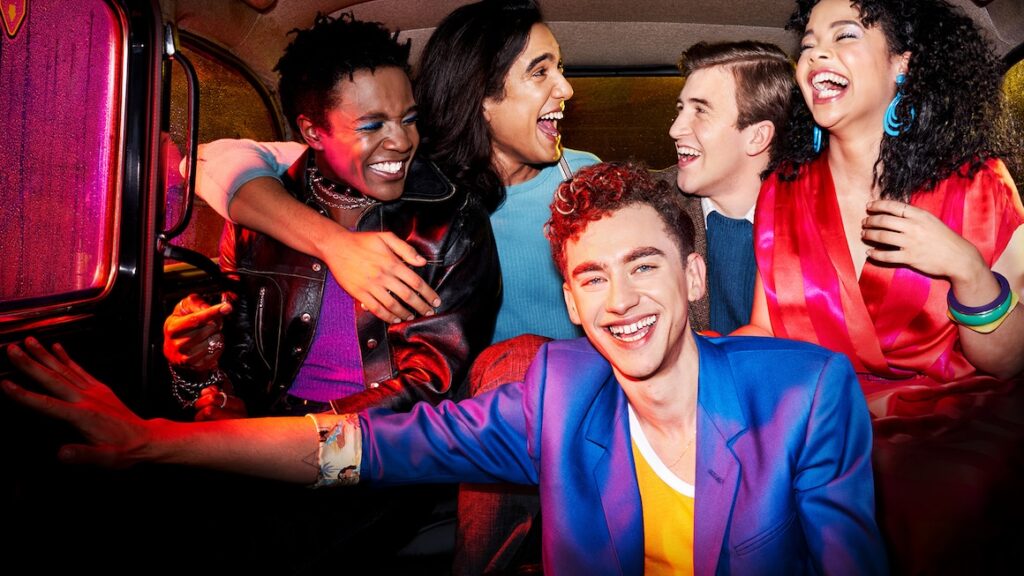 This is Going to Hurt – Having read the book by dry-witted former doctor Adam Kay, I was keen to check out this TV adaptation, and I wasn’t disappointed. It is funny, brutal, tragic and eye-opening. I highly recommend this one! 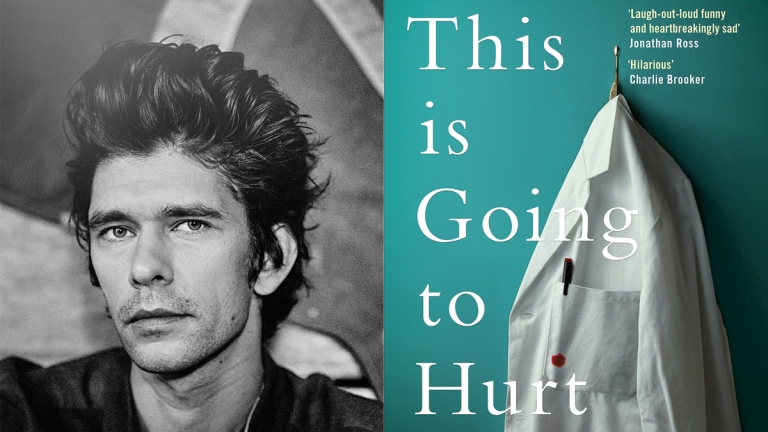 Lord of the Rings – Now 20 years old, I decided to indulge in a solo movie marathon and revisit this epic trilogy.

Samwise has always been my favourite character. And why? His loyalty is unwavering and unconditional. We all need a Samwise in our lives!

Plus, the actor, Sean Astin, starred in The Goonies (1985), and remember, “Goonies never say die”!

Duolingo – At the grand old age of 33, I’m attempting to learn French, (super cool), after dropping the subject in year 9, in favour of German. And this time, I’m sticking with it.

Spring is now well on the way, and with that comes warmer, sunnier, happier days ahead.

Though I’m no longer able to drive, which is incredibly limiting and frustrating, I will endeavour to get out and about as much as physically possible.

June – I’m off to Cornwall to spend some time with a good friend, and, of course, to see the sea – a rarity for this landlocked Midlander.

August – I’m excited to return to the Birmingham Hippodrome to see Les Misérables (for the second time).

I love the theatre, having seen many shows over the years. It’s one of my favourite things to do.

Anyone who knows me will tell you I’m incredibly self-conscious of my disabled body.

I’m much more of a behind-the-scenes presence, and I hate being photographed!

My insecurities have deepened over the years, as my condition (Ullrich congenital muscular dystrophy) has progressed.

My spine is curved significantly in a ‘S’ shape, shortening my torso and causing asymmetry. I am underweight with muscle degeneration, and contractures in all of my joints.

Oh, and I am a ghostly shade of pale!

Being so very slight of stature and a non-ambulatory powered wheelchair-user, clothes are ill-fitting, often uncomfortable and don’t drape well. Most of the time I feel like a bag of crap.

As a kid, though aware of the physical differences between myself and my peers, I really didn’t care. I was generally happy with a good group of friends.

But, of course, kids (and adults) can be blunt and sometimes cruel with their words and observations. And, as time went on, I was subjected more and more to stares, pointing, judgement and exclusion.

I became a full-time wheelchair-user at the age of 10. Back then, it was very much a case of ‘suck it up and get on with it, these are the cards you’ve been dealt’. Looking back, I guess it affected me more than I realised.

My teens were hard – I became increasingly withdrawn, conscious of what I consider my flaws, and constantly compared myself to other girls, wishing I looked like them.

Then came the dating years…

Comments such as, “you’re no one’s type” and “no one’s going to want you” massively impacted my self-perception and relationships.

Somewhere along the way, I lost myself and my sense of identity.

Now aged 33, I appear more child-like than womanly. I can honestly say, I’ve never felt sexy, or even attractive, in my entire life!

I’m not body-confident, and I don’t think I ever will be. I still compare myself to others and shy away from people, places and opportunities.

But, I am really trying to accept the fact that there is nothing I can do about my body. It is what it is – unique. I need to make the best of what I do have.

If others don’t like it, that’s absolutely fine, but they can kindly fuck off!

In an attempt to push myself out of hermit mode, I recently ‘dressed up’, took some sour-faced selfies, and posted them on Instagram… 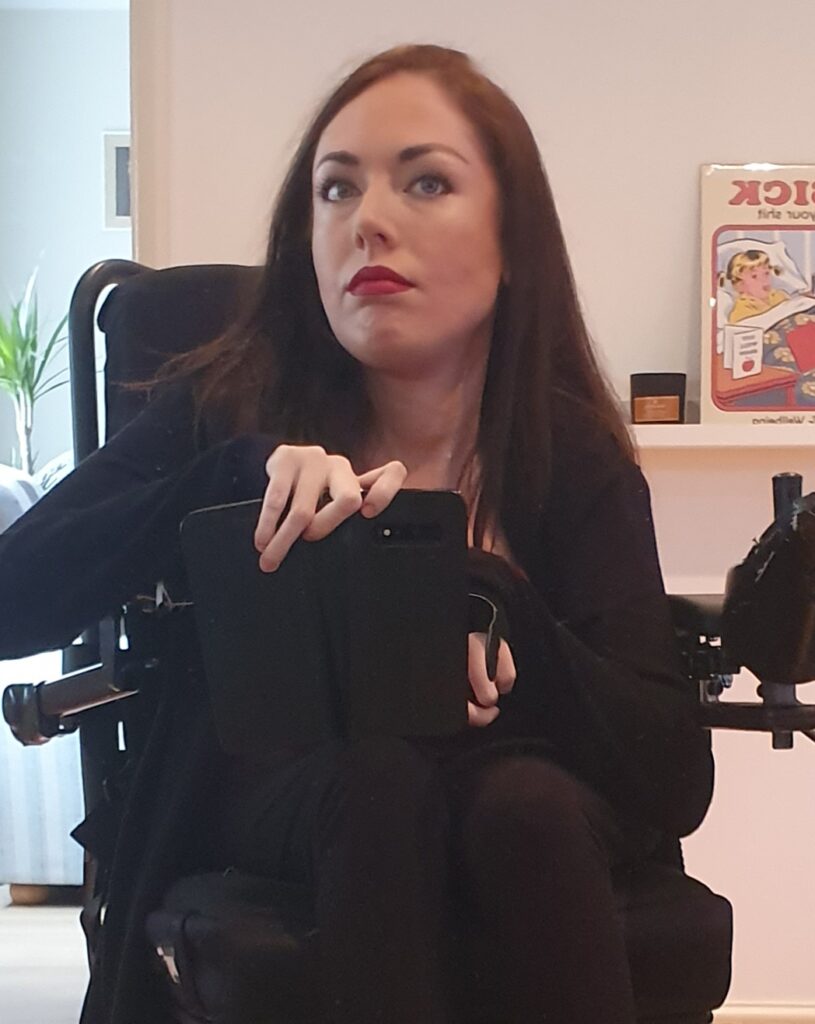 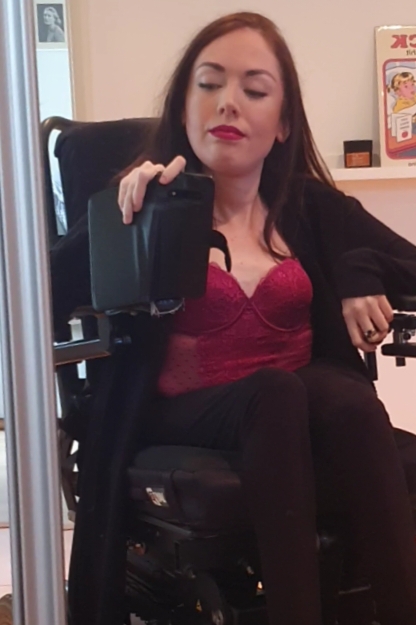 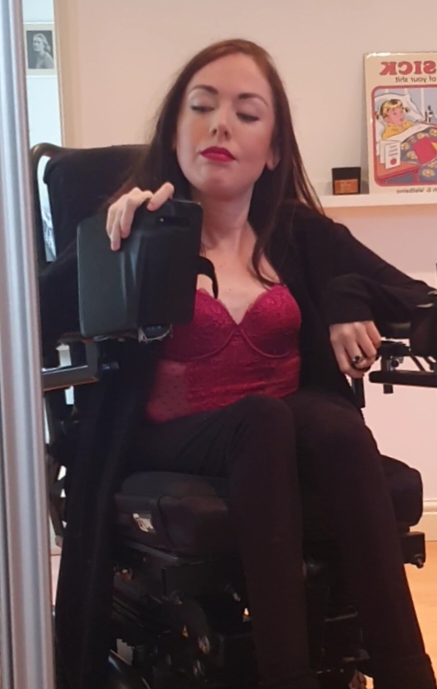 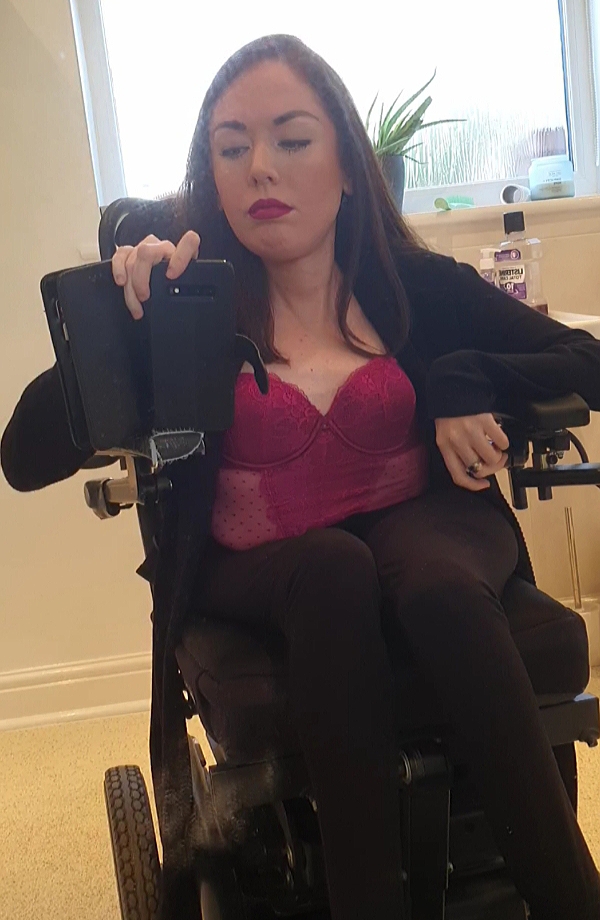 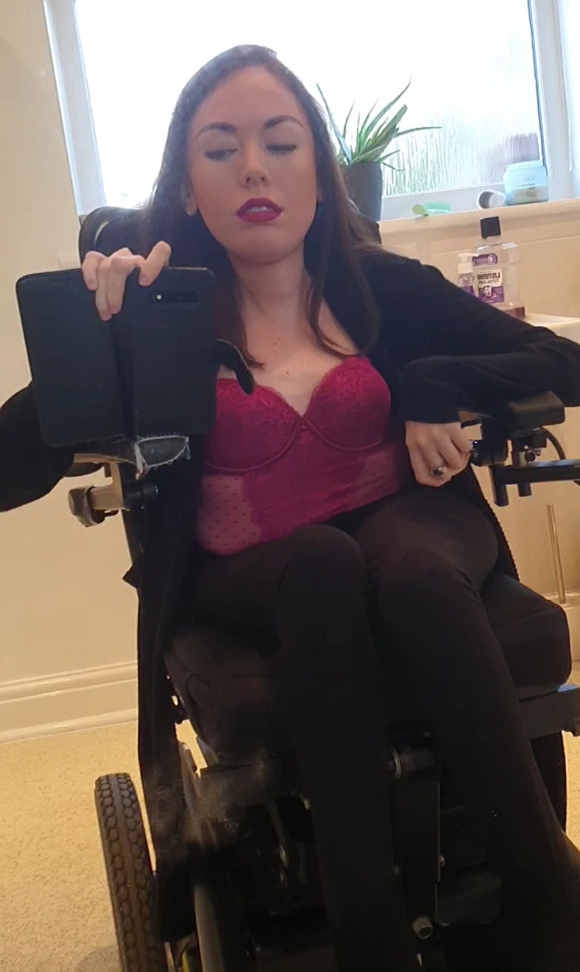 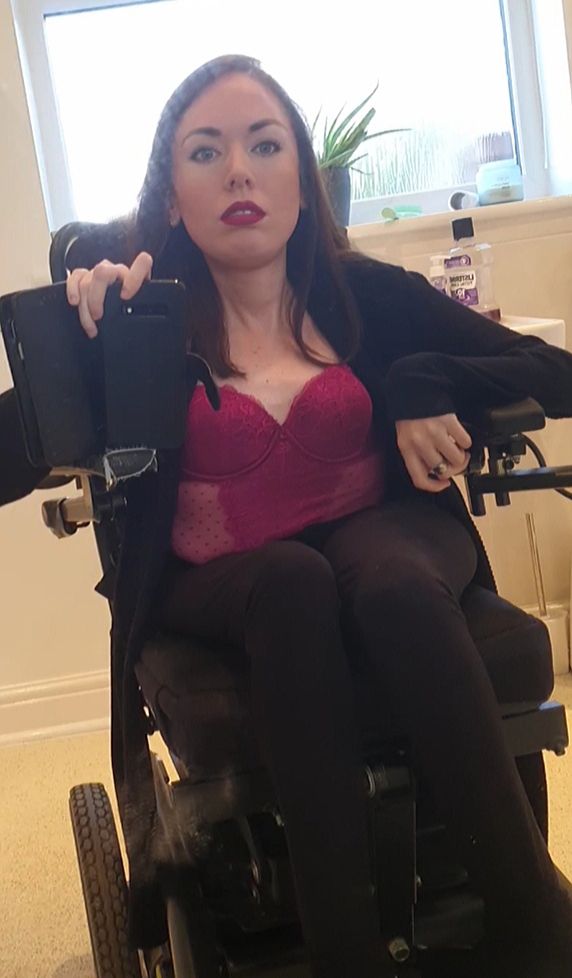 The response was positive, complimentary and sincere. It gave me the confidence to write this post and ‘put myself out there’.