A while back, I was invited to write a guest post, by a strange young chappy named Mitch (twodoughnuts). The fool even gave me full access to his blog, including his password!

I was told I could write anything, as long as I didn’t “take the piss”.

Would I?! (Well, yes I seriously considered it for a moment).

Therein started what has been dubbed, by Mitch, ‘Blog Wars’.

I’m a bit of a music freak, and so I chose to share my ‘Top 5 Tunes’. Admittedly, some were thrown in there just to annoy Mr Twodoughnuts.

Now, the war continues as we present our ‘Top 5 Actors’. You can check out Mitch’s picks here.

Though it grieves me to say it, he’s set a pretty high standard on this one. It appears the boy has some taste after all.

‘Forrest Gump‘! Need I say more? I’ve seen it countless times but it still gets me. With universal appeal and timeless endurance, it’ll make you laugh, cry and wish you had a mate like good ol’ Forrest. Unless you’re Ross (A Life on Wheels) – Another strange boy who is not a fan of this frequently quoted classic. Sort it out, Ross! 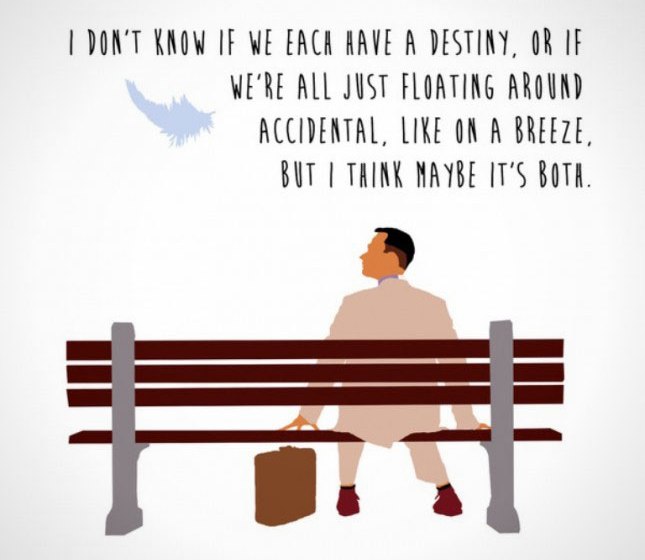 “Mama always said, life is like a box of chocolates. You never know what you’re gonna get.” ~ Aint that the truth!

Double Oscar winner Hanks has a lifetime of much-loved films under his belt including, ‘The Green Mile‘ (if you haven’t seen it, check it out), ‘Philadelphia‘, ‘Cast Away‘, ‘Saving Private Ryan‘ (surely the best war film ever made?!), ‘Apollo 13‘, ‘A League of Their Own‘, ‘Toy Story‘, and ‘Big‘ (remember that famous piano scene?)

How can you not love the guy?!

The LEGEND! A comedy genius, Robin Williams proved his worth as a serious actor as well as the go-to funny guy, with an insanely quick wit and animated energy to boot. This versatile entertainer lit up my childhood in cherished films such as ‘Aladdin‘, ‘Jumanji‘, ‘Hook‘ and ‘Mrs Doubtfire‘ – a role no one else could or should ever play. Pray they never try to remake it! 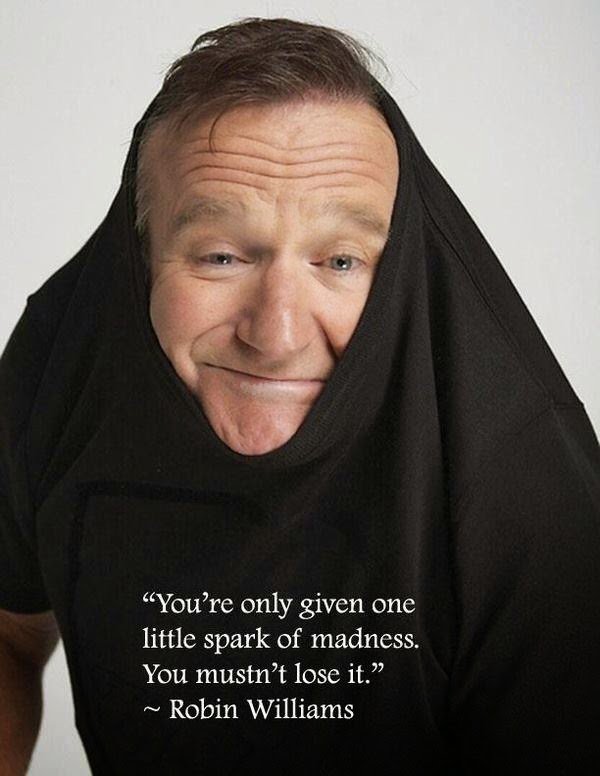 A true scene stealer, Williams had the rare ability to improvise like no other and appeal to any audience of any age.

His dramatic performances in ‘Dead Poets Society’, ‘Patch Adams’, ‘Good Morning, Vietnam’ and ‘Good Will Hunting’ (for which he deservedly won an Oscar – bloody great film!), mark him as an undeniable talent.

Okay, so the dude made some questionable choices throughout the early 2000s, and was somewhat typecast in crappy romantic comedies. But he’s certainly made up for it since, preferring more complex and intense roles such as protagonist ‘Killer Joe’ and troubled homicide detective Rust Cohle in the debut series of ‘True Detective’. If you’re into dark and disturbing, give these two a watch.

He then went on to play a supporting role in Scorsese’s ‘The Wolf of Wall Street’, in which he arguably stole the show from the lovely Leo with that whacky chest thumping scene.

In 2013, the charismatic Texan babe dropped 47lb (21kg) to star as defiant Aids patient Ron Woodroof in the biopic ‘Dallas Buyers Club’. For his brilliantly impressive portrayal, McConaughey won every award going as well as audience and critical acclaim.

Have you seen ‘Walk the Line’? If not, why not? Even if you know nothing about Country music legend Johnny Cash (shame, shame!) it’s essential viewing if only for Joaquin’s dedicated, hard-knock cool performance.

Some might say method actor Phoenix is an acquired taste, having made some unconventional career choices. But you could never accuse the guy of being boring. He delves deep to create memorable, multi-layered, engaging and often quirky characters.

As Roman emperor Commodus in the epic ‘Gladiator’, Joaquin isn’t just the bad guy to Aussie Crowe’s hero. He’s vulnerable, damaged, desperate and played with sinister subtlety. Few actors his age could have pulled this off so convincingly.

Dark, brooding, intense and yes, a bit weird. I approve!!

So, Barack Obama was the first black President of the USA, right? NOPE! It was Morgan Freeman who helped save the planet from being struck by a comet in ‘Deep Impact‘. Now that’s impressive!

He’s the super cool, laid-back veteran icon with a mellifluous and universally recognisable voice. The kind of dude you wouldn’t mess with, even in his latter years, and especially if you’ve seen his award-winning turn in ‘Million Dollar Baby‘, in which he whoops some ass.

For me though, Freeman will always be synonymous with ‘The Shawshank Redemption‘. Tim Robbins took the lead, but that film belongs to Morgan. It’s an effortless and understated performance. If you haven’t seen this film, where have you been? Do you live in a cave?!

Most importantly, who do you think wins this round – Me or Mitch?? 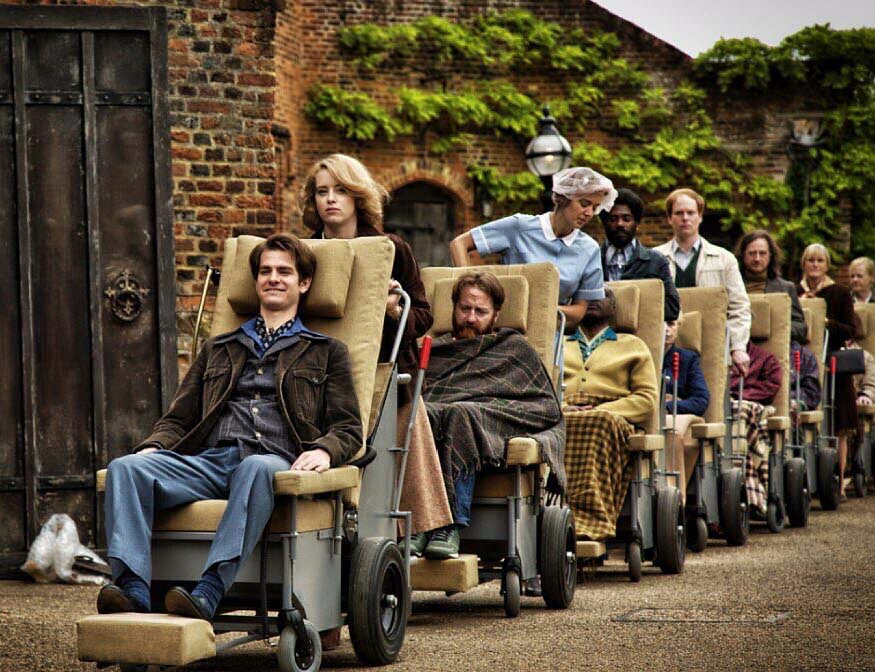 My first article for Disability Horizons lists the ‘The Top Ten Apps for Disabled People’.

New apps are being developed everyday. But for the time being, here are my recommendations.

For the past decade, I have been involved with Muscular Dystrophy Trailblazers. I wrote a piece about my life with Ullrich congenital muscular dystrophy, which you can read here.

The Channel 4 show The Undateables has proved highly controversial and divisive, particularly within the disabled community. Read my take on the debate here, which also features on the MD Trailblazers website.