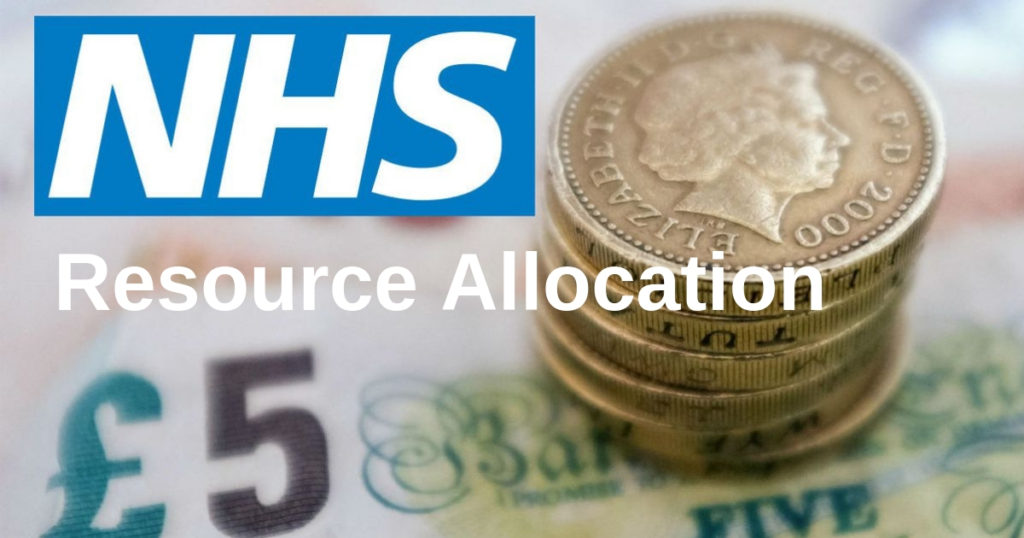 Resource Allocation: A classic medical ethics topic that often rears its head in the inevitable reality of working in a cash-strapped public healthcare system.

Should the NHS fund this new expensive treatment for a rare disease?

Should the government pay for a new experimental cancer treatments?

Should X procedure be on the NHS, or Y?

This blog covers a few basic ideas and concepts for you to broaden your understanding of why things are done as they are, enhance your opinion and help you think of the bigger picture.

One way of analysing resource allocation is using a utilitarian approach. Utilitarianism describes the moral theory that the most moral action is that which maximises the happiness (or in this instance healthiness) of a population. This seems quite a nice logical and fair systematic approach, but has one major drawback.

How do you quantify the benefits gained from a specific treatment?

Fortunately, Alan Williams, a health economist calculated a measure for doing this – the Quality Adjusted Life Year. This system described not only the length of life a specific treatment can give a patient, but also factors in the subjective quality of that life.

Interestingly, some of the ‘best’ treatments by this system including cataract surgery and hip replacements, owing the massive improvement in life these can bring (even though they are rarely viewed as life extending). However, despite quantifying the ‘best value’ treatments, this system still has its drawbacks.

This a great concept to think about as many new drugs are for specific diseases, which are often rare and chronic, or those which affect the elderly. Secondly, ‘quality of life’ is a highly subjective term, and, although this system goes someway to quantify it, the end result is still a subjective rating score.

Another way of analysing these topics are through an egalitarian approach. This theory states that resources should be distributed equality unless an unequal distribution would work to everyone’s advantage. However, in reality, there is not unlimited funding and therefore equality of distribution means that expensive treatments (the new drugs often featuring questions) could not justifiably be funded.

This approach does promote a decent minimum standard of care (good for everyone) and some argue that more expensive treatments can be funded elsewhere. For example, charities and private companies could find a place in an egalitarian healthcare system to fund more niche treatments.

Another viewpoint worth nothing (though one which many, especially in the UK, would be against) is that of libertarianism. This system states that healthcare should follow individual liberties and free market principles – i.e to be privatised. This is an interesting viewpoint to discuss, but, given the many drawback of private healthcare and the NHS in the UK, it’s not one we in the UK really consider.

So, there we have it, a few basic approaches to the classic question of ‘should we fund this expensive new drug’.

Disclaimer: The views and opinions expressed in this article are those of the author (UniAdmissions), and do not necessarily reflect the official policy or position of myself or any other organisation.